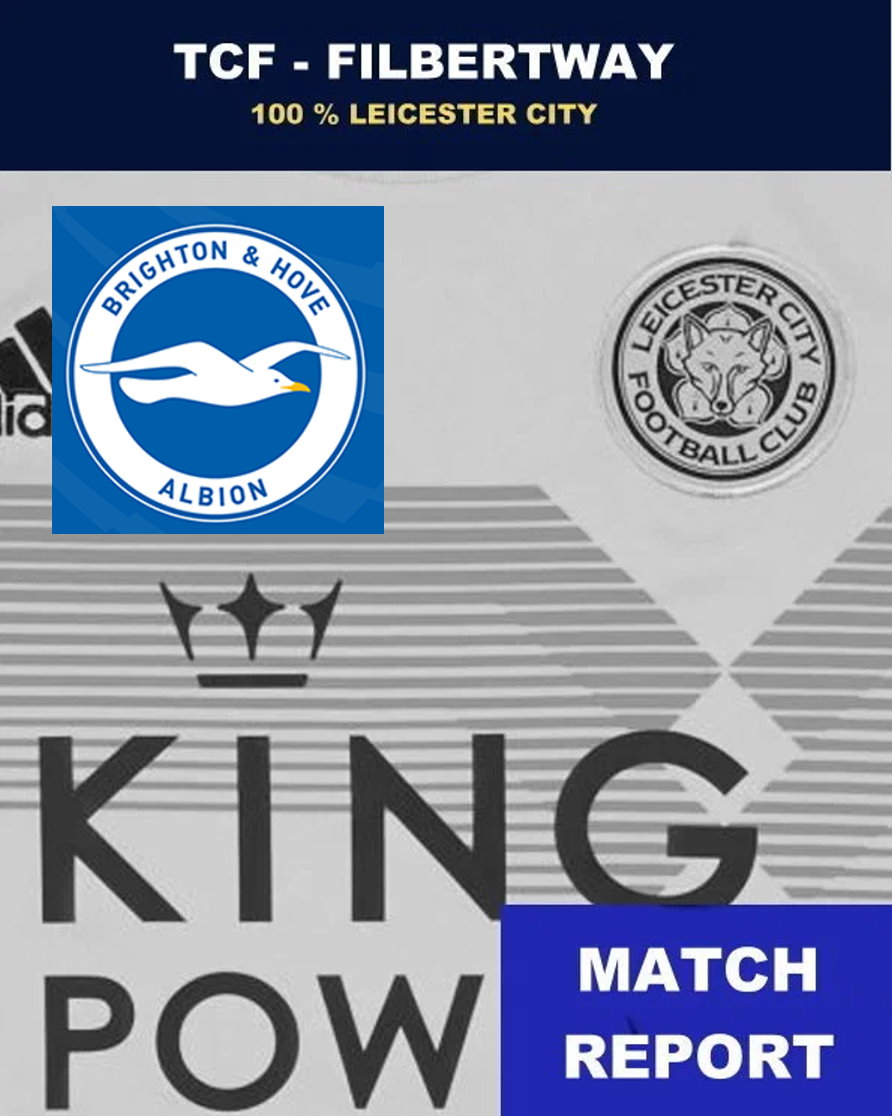 Brendan Rodgers fielded an unchanged line-up from the previous meeting against Arsenal and this looks as a lucky formula. It’s a bit of a copy / paste from that special season, just going on from game to game and solid as rocks.

The game started with fire as Harvey Barnes hit the bar after only two minutes play, then he came close again and also Jamie Vardy had a brilliant chance to score. Brighton also had their chances in the first half, but the City defense managed to keep it clean.

Jonny Evans and Caglar Soyuncu were like a cemented block in the back and the duo must be seen as key players in that first half of course together with Kasper Schmeichel to keep things even.

Leicester City manager Brendan Rodgers had no desire to go for a draw and Graham Potter also showed that his team would like to bring all three points to the table. With Potter’s bold approach Jamie Vardy would always be of great danger.

Ayoze Perez had a glorious opportunity on open goal but instead of shooting he decided to do something else and his attempt just vanished into “the rain” as water were pouring down at The Amex. But luckily Perez was to get more chances to score.

After 64 minutes a typical Jamie Vardy counter attack was set up by “The Party” as Jamie ran with the ball towards the Brighton goal and perfectly passed it to Ayoze Perez who could just push the ball over the goal line, what a great attack by Leicester City.

The game started to wave a bit with Brighton players going more and more forward, opening gaps for Leicester City to use in the best way possible. Jamie Vardy and James Maddison both had some fantastic opportunities to score, but none of those attempts ended in goals.

Brendan Rodgers made a few changes bringing on Dennis Praet and Demarai Gray, and also had to put on Wes Morgan when Jonny Evans had to leave the field with an injury. Demarai Gray had only been on the field for four minutes when he was rewared a penalty, clearly being fouled by Adam Webster.

Jamie Vardy was the one to take the penalty, but his shot was cleverly saved by Ryan in the Brighton goal, but the ball was headed in by Maddison and everyone believed Leicester City were 2-0 up. VAR decideded instead to reward Leicester and Vardy with a 2nd penalty, why is not easy to understand as the ball was in the net and Leicester City had the advantage, but a new penalty was the decision, still 1-0.

Jamie Vardy stepped forward again and this time, after 82 minutes, it was a clear and lovely finish, and a fact that Jamie had scored his 12th goal of the season.

This game showed that Leicester under Rodgers can both play with possession and also counter attacking when needed, and today we could see the qualities of the three men attacko of Barnes, Perez and Vardy that looks like a fantastic mix of qualities in three very different players all combining so well.

Another great result, 29 points after 13 games, 12 goals scored by Jamie Vardy and just phenomenal to watch, a great pleasure. To see the young players of the team taking so much responsibility is a bless.

To sum it up, here are our short notes