Leicester City are, according to a good source, set to announce the signing of Hull City flank midfielder Jarrod Bowen. He is described as an “On budget Arjen Robben”, and will accordingly be joining Leicester City in the first week of the transfer window. We have today upgraded his status to “HOT”, as he looks close to a move.

Leicester City have over the last three transfer windows been linked with Bowen and he is the name that appears to have been short listed among a number of targets by Leicester City as the one to get in.

Leicester have, if you can talk about struggles, maybe lacked a bit of quality out wide and used James Maddison and Ayoze Perez a lot in a wide role, which is not what they prefer. The lack of goals from Harvey Barnes is a dilemma as he often gets into the positions to score, but seldom does.

Jarrod Bowen scores goals, and his tally is phenomenal so far. He has scored 51 goals in 117 league appearances for Hull City. We believe that this move is very close and to be pushed “over the line” soon.

He has so far scored 15 goals in 22 league games for Hull this season, and last his tally was 22.  An exciting  player who we believe will be at King Power sometime during January. The fee could be close to £10million. Some sources believe it will be a bigger fee, but with the current contract situation at Hull and Bowen being available on a free in the summer this looks as a possible scenario.

Reports suggests that Aston Villa and Newcastle United are in the chase, but a link to Leicester City will not go away and it’s a fact that Bowen is on a shortlist of targets.

Don’t miss out on our “transfer rumours” update, as we closely follow the market.

Leicester City manager Brendan Rodgers fooled most of us with his massive change in tactics and player selections for the game v. West Ham. A great win away with a number of those fantastic regulars absent could again start the rumor mill rolling.

Ricardo Pereira who was given a rest yesterday is heavily linked with a number of clubs seeing, as always, Manchester United in the chase, but Paris St Germain and Bayern Munich are also named among the admirers.

Andy King recently returned from a difficult loan spell at Rangers not really given a proper chance by Steven Gerrard but only been a cover as he has been at Leicester City for the last seasons. TCF believe that King will seek a new loan move away, with clubs in close range, such as Coventry City and Nottingham Forest among those ready offer regular first team football.

Rachid Ghezzal could be on his way back to Leicester in January but with a recent interest from Serie A club Atalanta, it could be a short return and again a new adventure giving the Algerian international a chance to compete in Champions League.

Adrien Silva and Islam Slimani are both doing well at Monaco playing regularly and being part of a team currently 7th in the French League. Not believed to be on the move somewhere and would see out their loan period at Monaco.

Talks about James Maddison and his possible move to Manchester United in a £80million transfer could probably be on, but not before the summer. Ben Chilwell is currently in demand as well as the England international is a target for Chelsea.

Caglar Soyuncu and Jonny Evans are both also seen in the headlines being attractive for other clubs. Soyuncu seen as a possible Arsenal and Man City target, with Evans attracting Pep as well.

Leicester manager Brendan Rodgers are looking to strengthen, but as he has said himself, he is happy with his current squad and after last nights display who wouldn’t be.

Filip Benkovic could open space for a new defender and an attacking option could be considered. Benkovic is closely linked with a loan move to Derby and that could be possible, open space for a defender, but with “Captain Morgan” just doing his business whenever called up on, you would probably not consider replacing him just yet.

TCF would have liked Zlatan to join, but he has decided to join AC Milan, a perfect addition who could come of the bench and play the odd game until the end of the season. A player with special skills, who could be similar.

Leicester are linked with a number of names, and Hakan Calhanoglu is back in the mill. The AC Milan midfielder looks though as a strange move with that area well covered, but again a link is a link.

Fenerbahce forward Vedat Muriqi is a name to look out for. He is notorious goalscorer and has done great in Turkish football over a number of years. His scoring ratio is “very good” and he is currently linked with Leicester. Muriqi is playing internationally for the nation of Kosovo.

TCF is not yet considering any links “hot” and they will be marked in the list when we feel they are. But a number of players are close to be described in that category with Jarrod Bowen from Hull to be considered if newspapers comes back linking him with Leicester City.

Here is our new and updated fresh list of possible targets and linked players. 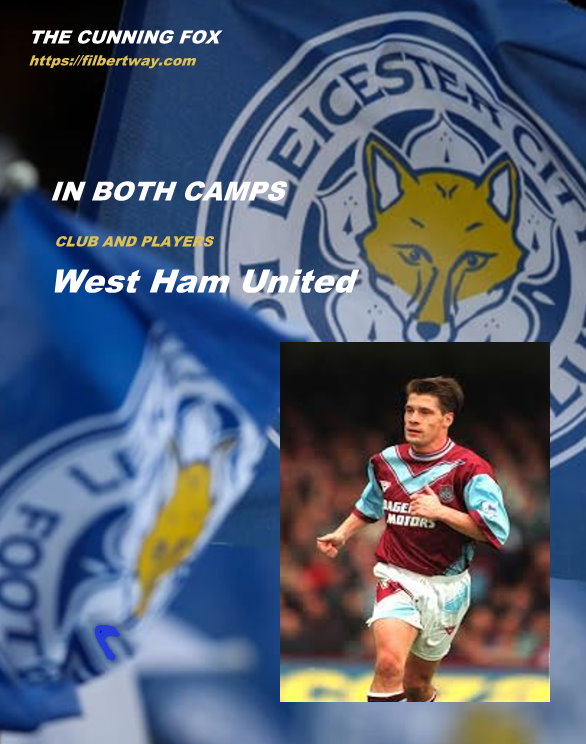 Brian Deane is of course to mention, talking about players in both camps, joining West Ham from Leicester back in 2003, Tony Cottee certainly is another, real legend at West Ham being an iconic figure at the club, also doing his business brightly with Leicester winning the Worthington Cup 20 years ago.

Keith Robson is one under the radar, a player that turned up at Leicester in the early 80’s, being in the squad that managed promotion to the first division under Gordon Milne. Robson had a past at Newcastle, West Ham and Norwich, probably most known for his performance against Anderlecht in the European Cup winners Cup final in 1976.

Former coach and player at Leicester Chris Powell also had a spell with West Ham United, with most of his career played for Charlton Athletic. At West Ham he was a bit in his prime at Leicester he started to break records for being the oldest player to make different appearances in different cups and league’s.

David Speedie made a bit of a trip around England after leaving Chelsea, and had spells at Leicester at West Ham among those moves. Nolberto Solano is another former fox with a life with The Hammers.

David Martin who had almost a season loan spell at Leicester City in the League One winning season 2008/09 made a surprising switch back to his boyhood club in front of this season after a number of seasons with Millwall and MK Dons. The 33 year old has made a number of appearances in the Premier League this season.

Leicester signed the Republic of Ireland international David Connolly from West Ham back in 2004/05, with him having a short spell in both camps. He was a proven goalscorer and Leicester made a great profit on that move selling him on to Wigan Athletic.

Matt Upson was on top of his game when playing at West Ham, joined Leicester late in his career and injuries stopped him from being involved enough to gain a first team place. The former England international spent that first season back in the top flight (2014/15) at Leicester City.

Andy Impey played for both Leicester and West Ham, joining during the MON period at the club. He spent about six seasons at Leicester. He started out at Queens Park Rangers and that was were he served the longest.

A favorite at Leicester City was Mike Newell, both a record signing and a record sale at the club. He never played at the highest level with Leicester, but had that joy with Everton and Blackburn. He had a short loan spell at West Ham during his days with Birmingham a few years after leaving Leicester.

Another player that we might have forgotten is John Pantsil, joining Leicester during the Svennis years coming in from Fulham. He also played for West Ham and today the assistant manager at Kaizer Chiefs of South Africa.