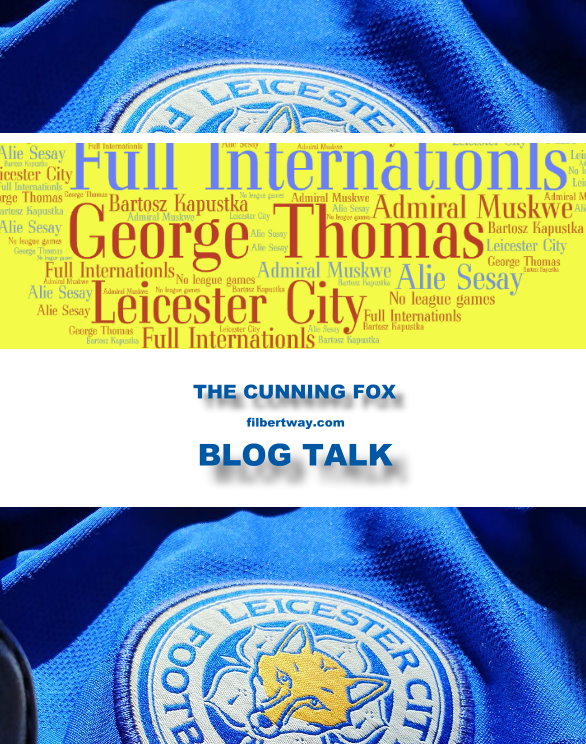 Today the cut for first team appearances is difficult and to get into the first team at Leicester is almost impossible, coming up from academy levels, few does. Over the years and in recent times a number of players just appearing in the set up of the U.23’s has made full international debuts while at the club and never played in the Leicester City first team, or just played once before shipped out to other places.

The latest of this unusual group of players is Thai international Tanawat Suengchittawon, signed from French club Nancy and has during the summer been called up to the Thailand first team and played three games, making his debut against Tajikistan, prevously been capped at U.17 and U.16 level with France.

Harrison Panayiotou made his first debut as a teenager, playing that only game v. Leeds and also scoring on his debut back in 2012, and was seen as a special talent, but it never really happened for him at Leicester, instead ending up with loan spells at Port Vale and Raith Rovers, moving on to Barrow and several other players before ending up at Aldershot Town FC where he is a proven player today and since joining 2019 scored 16 goals in 66 league games. During this time he has been a full international for Saints Kitts & Nevis, so far 25 full international and has scored 10 goals.

Alie Sesay is next, never a first team appearance for Leicester, but play at full level for Sierra Leone, 8 caps so far. He has travelled around and played in Sweden, Bulgaria, Greece, Azerbaijan and at present with Indonesian club Persebaya Surabaya.

Admiral Muskwe never appeared in the first team at Leicester, no PL games and today done his move to Luton. During his days with Leicester he made his full international debut for Zimbabwe and so far played 4 games and scored 1 goal. He as and Panayioutou before him was named as Academy player of the year, but never made it to the first team, strange.

Simonas Stankvicius made his full international debut for Lithuania while on Leicester books, we never did see him in the first team at Leicester, but has to date played 10 times for his country. He also moved around and last seen playing for Norwegian club Egersund and also at Mjondalen for a period. Said to have retired at the age of 25.

George Thomas never appeared in the PL for Leicester, joining from Coventry and during his time with Leicester and the development group he actually made his debut for Wales, today playing at QPR and so far been involved three times for his country. Thomas did make his full debut in cup competitions and had a number of good seasons in the U.23’s from 17 to 20.

Alex Pascanu and Daniel Iversen are two players that has seen their international careers reach the level of U.21 caps without ever playing in the Leicester first team, with Pascanu leaving the club for first team possibilities elsewhere and Iversen been loaned out to several other clubs at lower levels. Swedish goalkeeper Viktor Johansson also appeared in the Swedish U.21 team while on the books of Leicester.

Bartosz Kapustka did play for Poland during his stay at Leicester but never ever appeared in the first team in a League game, though he had no academy life at the club, but had to play in the U.23’s and just a wasted career and seldom seen such misfit, but back in Poland with Legia and hopefully getting more out of his football than he did with Leicester.

Always nice to follow up, for some it became a success all the way to the top level of the pyramid, for others it has really not taken totally off yet and some players just vanished into the lower leagues as life took other directions, twists and turns.