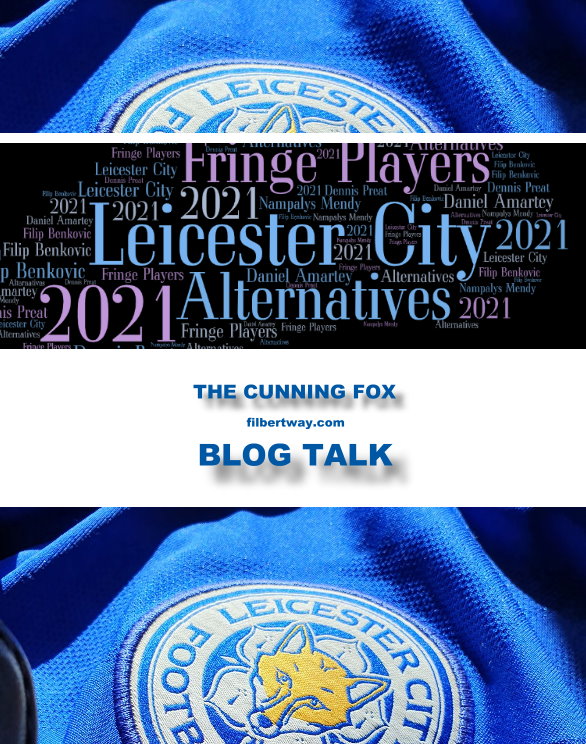 Often when a player gets injured most fans tends to scream and shout, we need to go into the transfer market, splash the cash and start buying fringe and get in good covers. Most of us don’t really know what this is all about.

First of all you need to address carefully as most managers do, what are to your availability in the squad we have and can we try to use those players to cover up either short term or long term. Looking at the past it can work wonders to do that, with players such as Ben Chilwell, Caglar Soyuncu, Harvey Barnes, Jamie Vardy and Danny Drinkwater all at one time on the fringe.

Sometimes it doesn’t work out as well as you would like, and you make a decission to try out options in the transfer market, and of course tricky as you cannot just pick what you like, it’s a difficult scenario.

We do believe that the priorities now is solely trying to find firstly a central defender then secondly a flank midfielder. So with that in mind, can this be solved without going into the transfer market, and trust your fringe men, of course it can, and we have looked at it.

Focusing first on the central defender position. Filip Benkovic has been involved in pre-season, not more than 24 years of age, a Croatian full international, tripple title winner with Celtic, previously been a trusted player in the SPL with Brendan Rodgers, but with a few stumbling appearances in the Leicester shirt, he has been overlooked and not mentioned as a possible cover in the defence, strange as he would with more chances clearly getting to his best form and hopefully someone could judge him from that point.

Daniel Amartey is another experienced central defender option, and with three in the back he would be perfect to the right in a three man defence. He did his job brilliantly when called on and in for the away game v. Man City (5-2) at The Etihad. So surely Amartey can be a player to use as cover for Fofana. Once signed by Claudio Ranieri from FC Copenhagen, Ghana international, and despite a number of set backs he has a level of performance that should clearly be good enough to be seen as a great cover.

On the fringe among the flank alternatives you have Marc Albrighton, who just lately signed a new extension to his running contract. A player that surely will be used a lot also next season. Marc is one of a few still around from the PL winning season. His contribution to the team is immense and he has been a key player and will most certainly be used a lot.

Rachid Ghezzal was seen as one of the best players in the Turkish league last season winning the league with Besiktas, and they want him back, but has been a bit involved in pre-season with Leicester. Would fit well as a fringe alternative, should be considered if a move doesn’t materialize. Khemal Sowah is back from a succesful period at Leuven, last season playing top flight football in Belgium. He can operate in a number of roles and also be an alternative on both flanks.

Then you have the players in the development squad. Many of them have been seen during pre-season and some have done very well. Thanawat Suengchitthawon is a promising player and the Thailand full international must be given a first team debut soon, his potential is there, and at the age of 21 more than ready to be given a go.

Tawanda Maswanhise is another player we did see in the pre-season and it would be exciting to see him play a part this term.

Could be that all answers to the challenge can be found in your own camp, lets hope that it will be regarded as a major option instead of again splashing out big amounts on players we do not really rate as clear first team alternatives when everyone is fit.

Looking at the situation in full perspective with everything in mind we can understand the need for one new player in both those two areas with Jonny Evans and Wesley Fofana out long term. On the flank we might see one new recruit added, though would have loved to see Kamal Sowah getting a chance to play a part and if possible slowly introducing Suengchitthawon and Maswanhise.