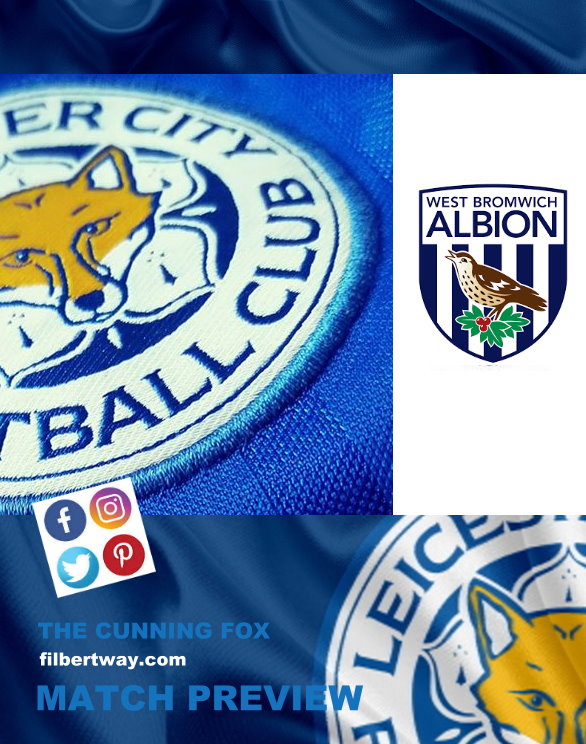 Another solid selection from Brendan Rodgers as he fielded a team of great appearance, with James Maddison back in the team it was just as powerfull as we could see from start, making it a one way game and a pleasure to watch this monumental performance.

We had to wait until the 23rd minute for the first goal, but a nice and fantastic run from Timothy Castagne, a great pass to Jamie Vardy and what a relief to see him score again, a good 1-0 lead was there to watch.

Just three minutes later Jonny Evans scored with a nice header from close range, and the game was killed off and a massive boost for Leicester and the total opposite for West Bromwich.

Leicester just pushed on and it was Vardy again after 36 minutes making the best out of an opportunity with a nice assist to Kelechi Iheanacho who scored with a nice touch.

Leicester were 3-0 up half time and really showed power and great form, and with so much quality in the team you are not far from a perfect line-up, it’s difficult to break this unit down, that’s for sure.

2nd half became a bit of a transport with a 3-0 win that’s normal and Brendan Rodgers also made his moves giving Ayoze Perez, Marc Albrighton and Dennis Praet all minutes on the pitch.

Perez came close later on but was taken down just outside the penalty box, but the free kick wasn’t taken in the best way possible and that made it clear that the game would end with a 3-0 win and three new points up there in the Champions League zone.

It’s great to see the positive flow at the moment and with confidence used in the best way possible, then hopefully more points can be collected.

Looking forward to the weekend with a new home game v. Crystal Palace and with the same no nonsense attitude we will be able to add another win, hopefully.