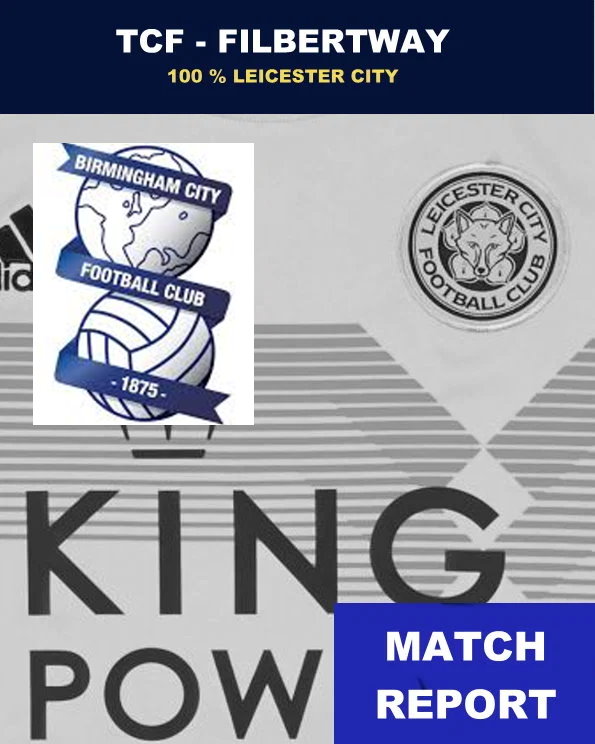 Described as a “must win” and “easy”, but with the schedule at the moment no opponents are easy. We have seen that in the last few weeks with “the giants” fall against “hornets” and of course Birmingham City can upset anyone at their best.

Leicester manager Brendan Rodgers had given Wilfred Ndidi a start and chance to play, despite not being 100% as we could easily see, the Nigerian international made a solid performance. It was also given rare starts to Demarai Gray and Marc Albrighton and the team looked solid enough to break down “The Blues” at home.

Leicester took command and you could see from the start the difference between the divisions and as fans cheered the players on, a solid possession was established, but without upsetting Birmingham goalie Lee Camp.

James Maddison tried to get those passes through, Ben Chilwell made a few runs up the left side, without getting the best support from Demarai Gray, who should have grabbed this opportunity with both hands, something he did not, and became a bit “silent” in his game. Kelechi Iheanacho never ever got a chance to score, with a solid Birmingham City back four keeping him quiet.

We could see disappointment among fans and of course also players going off after the first half with nothing else than grand possession. No goals and really “crying” after a player who could pass and dribble one or two Birmingham City players, but Brendan Rodgers did no changes after half time and just continued with his starting eleven.

The Leicester City players must have been “pepped” a bit extra by Brendan Rodgers in the dressing room before 2nd half, as they looked more on the pedal instantly and pushed forward.

Kelechi Iheanacho had an opener, but clearly offside, and his goal was of course disallowed, but again showing the will to try to score. Leicester kept the pressure and a shot from James Maddison hit the bar later on.

We had to wait until the 82nd minute to get a Leicester City goal, but what a great finish from a Marc Albrighton dribble and pass inside the penalty box, Right back Ricardo Pereira had taken the freedom to be all up there and finished with a great header into the side of the net and we could really celebrate a well deserved goal.

Birmingham City tried all they could towards the end, and strangely they pushed for that equalizer and it all stressed the Leicester City defense a bit, something surely that must be taken notice of. With the type of possession Leicester City had for the first 82 minutes, you should surely not give away the ball that easily, defending a 1-0 lead. But it all worked out well and Leicester City are in the quarter finals of the FA Cup, seeing Chelsea coming to King Power later in March.