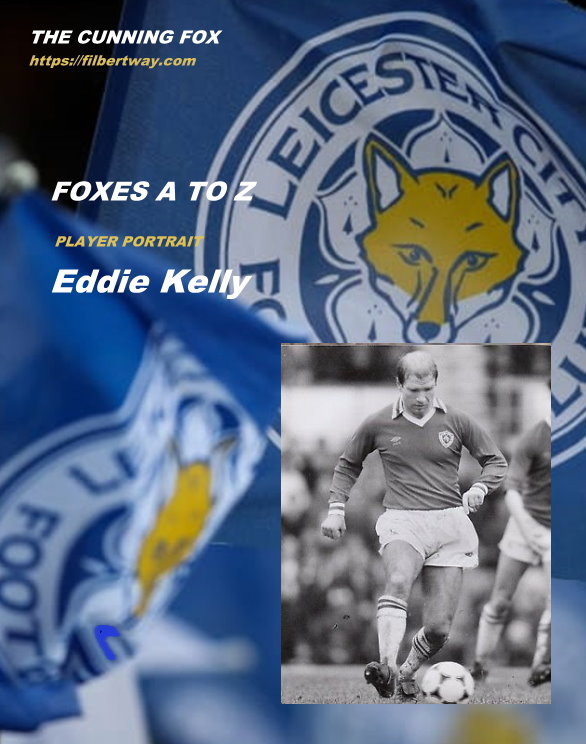 Frank McLintock’s first and probably most valuable signing at £50.000. Eddie was a former team-mate of his new boss during the glory years at Highbury as well as at Loftus Road. A scorer in the 1970 Fairs Cup Final, Eddie had gone on to contribute mightily to Arsenal’s 1971 Double, entering the record books as the first substitute to score in an FA Cup Final, and winning Scotland Under 23 honours.

His compact midfield style was somewhat overwhelemd in City’s 1978 plummet, but he reached well as mature anchorman to Jock Wallace’s young promotion side, and it was a genuine surprise when great efforts to retain his services weren’t made in 1980, after his contract had expired.

Eddie’s immediate success in inspiring Notts County to swap divisions with City seemed a sad irony to Leicester supporters, but it wasn’t in fact long before Wallace called him back to the 2nd division fray, for Leicester once more to lean a little on his experience.

He was part of the heroics of the 1982 FA Cup semi final and also played his part in the next season when Leicester City managed to get back up in the top flight. In a young Leicester City build up by fellow Scot Jock Wallace, and galvanized by the next manager coming in Gordon Milne.

Gordon Milne made Eddie captain of the team that eventually got promoted but fell out with him and eventually left and never took part after the promotion was accomplished and Leicester City again experienced a four season spell in the top. Eddie described Jock Wallace as one of the best he had worked with, being straight forward and having an honest approach, which suited the former Arsenal midfielder.

In 1984 David Webb, too, signed Eddie for a second time to add another reviving jolt to his career. Eddie thereafter settled on the South Coast, working in the double glazing business, and was noted in 1993 firstly as player / coach at Torquay Amateurs Combined 89. then as manager of Devon League side N.T. Paignion.