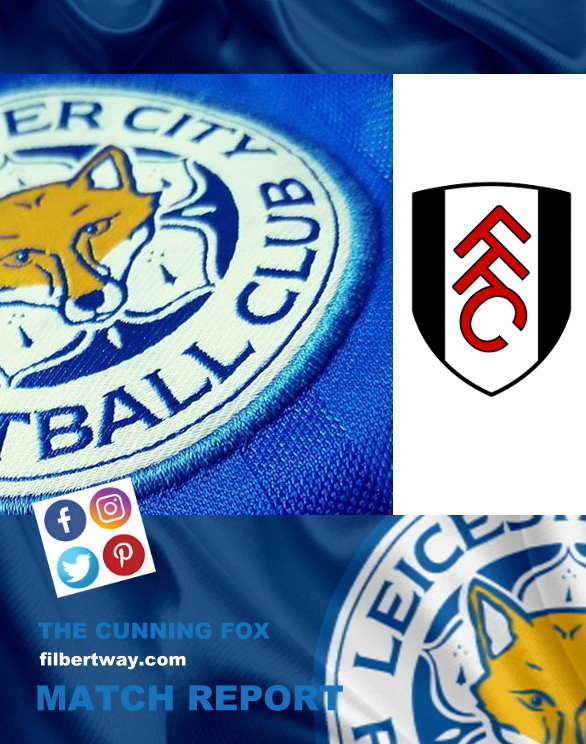 Coming straight back after a defeat at home was the goal as Brendan Rodgers was back to his basics selecting a team in 4-3-3 as we would like it to be, with a fresh start for Kelechi Iheanacho and also giving Caglar Soyuncu, Hamza Choudhury and Ricardo Pereira starting positions in a team that looked well balanced and up to standard.

The game was really controlled by Leicester City during both halfs and it was a calmness of it all that has been there in the past as well, with that slip up against Leeds United, but again back on track with a lively James Maddision as the maestro.

Everything came in to place after just 17 minutes when Maddison found Kelechi Iheanacho with a perfect pass and the Nigerian international scored with a great header. It’s been a while since Kelechi was contributing, but great to see him do that in the absence of Jamie Vardy.

Leicester pushed for more and was the superior team as the game progressed, but we had to wait until the 44th minute when a glorious and fantastic “tiki-taka” mix of passes and finishing showed what this team is made of. James Justin is just moving from strength to strength and his combinations and finnes made him a well deserved goalscorer assisted by the wonderful moves of James Maddison.

Being 2-0 up after the first half is always great and it was perfectly set into action by Brendan Rodgers. When he just settles his team in the formation he does and adding the players he did, you will against a team like Fulham get rewarded.

Second half was more of a transport and a controlled display by Leicester City, as the game just faded into full time, and it was a well deserved win and one that was really needed to keep up in the race for Champions League football next season.

Leicester are up there just below the Manchester duo, and have also a gap to other teams, so everything looks great and we can get three pointers on board even with key players out of action, really great.