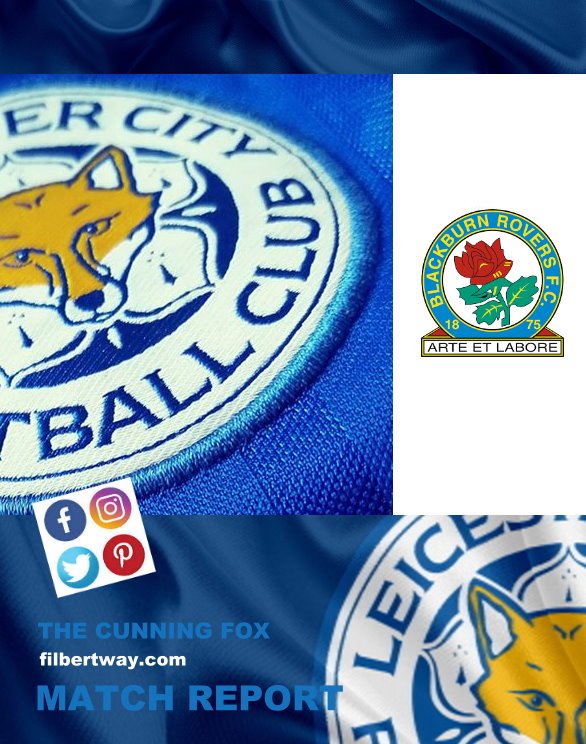 The last pre-season friendly before the season starts next week, but as we all knew before kick-off due to all those internationals out on duty in the Nations League, we had no idea on how Brendan Rodgers would approach the game, still he could leave players such as Daniel Amartey, Marc Albrighton, Kelechi Iheanacho and Ayoze Perez on the bench, with Wilfred Ndidi strangely placed in central defence.

It was a strong Leicester City team especially offensively, with Demarai Gray, Jamie Vardy and Harvey Barnes playing up front, leaving the midfield area to Nampalys Mendy, Hamza Choudhury and Kiernan Dewsbury-Hall to fill, and in the back a young Vontae Daley-Campbell to the right, Josh Knight together with Ndidi in the middle and Luke Thomas to the left. Not to miss out the debut of young Polish goalkeeper Jacub Stolarczyk, who played a steady and good game.

A classical system, 4-3-3 was back as Brendan Rodgers decided on that this evening, and Leicester started the game best, with a bit of pressure, a few chances for Demarai Gray, who looked lively but not really making that many chances and Gray’s shot from a bit of distance was probably the best chance in the first half.

It’s pre-season and again expert commentator Matt Elliott wandered off into the “good old days”, when talking of players playing out of position, describing Emile Heskey as a brilliant central defender and how he could just impress in training playing a bit in the back. Always nice to listen to the former Leicester City captain, who himself was pushed out of position, playing up front, even played a game for Scotland as a forward.

Blackburn Rovers didn’t have the most known and profiled line-up, but they have a good group of players and against a Leicester City side which was without a current group of internationals, they were able to compete and at times looked the stronger side.

Despite that effort to push forward from Blackburn, Leicester City took the lead from a goalscorer hardly guessed should be, Daniel Amartey had moved forward, after coming on, and just put his head forward when Blackburn’s goalkeeper Andrew Fisher made a mistake, and it was Leicester who went 1-0 up after 66 minutes.

Leicester as well as Blackburn made a number of changes, and it was as Brendan Rodgers described in his interview after the game, a good exercise and a number of bodies thrown in to get game time. Blackburn looked sharper as the game went on and Derrick Williams finally scored the equalizer, with other attempts earlier on saved cleverly by the debutant Stolarczyk.

Just before the final whistle Leicester scored from Marc Albrighton, but with Kelechi Iheanacho passed forward by Hamza Choudhury, he was clearly in an offside position and the goal was correctly disallowed by the referee.

It was another pre-season friendly and not much to write home about as we couldn’t really judge the team on such a performance, though again Leicester City showed they were superior with a possession of 59% and a few good performances also to count.

Leicester City, Man of the Match