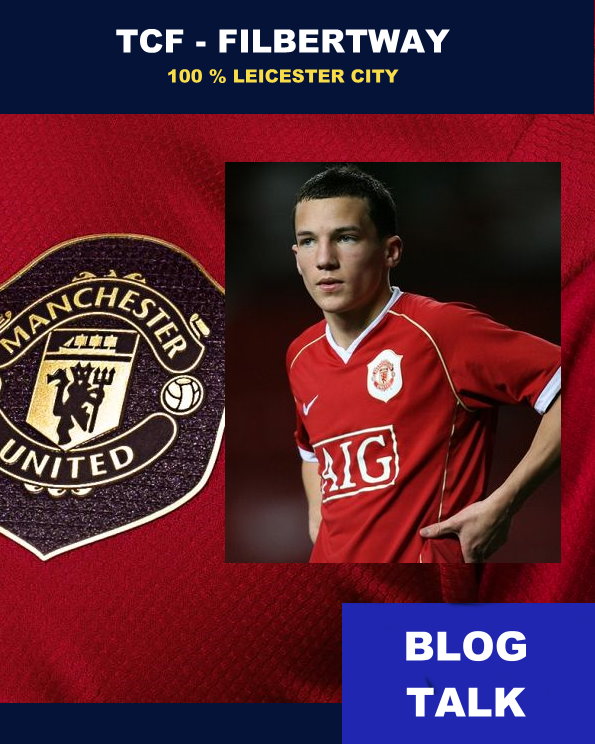 The decline of Danny Drinkwater is a “nightmare” to watch. A bright talent at Manchester United, and fantastic at Leicester City. No one faulted Danny, and as a Leicester City fan really loved his presence. Sadly he didn’t recognize the fans of this club in the same way, wanted to leave with a self belief that he could do much better and by leaving Leicester City, thinking he had done a move for the better.

Did see Danny in action for Barnsley (on loan from Manchester United) against Leicester City at the King Power Stadium, assisting and setting up his team mates with wonderful passes, winning it for The Tykes and really impressive to watch.

After he signed for Leicester City he just took step by step and in that 2015/16 season and during the next, seeing him in Champions League action, he really stood out as one of the best players, especially in company with Mahrez and Vardy. He was also given his England debut at the time, adding up three full caps.

He might have seen his England chances drop as Leicester City were again seen as a middle team, with other clubs, including his previous employer Manchester United, being in the hunt for his services.

Chelsea got the signature of Danny Drinkwater, leaving Leicester City two years ago. Sadly we had to see one more player wanting a transfer away, trying to go to his next level in football, but Antonio Contè must have failed in his belief in Danny.

Recent off field episodes of Danny Drinkwater, makes you wonder what it’s all about. To see young and role modelling footballers in these circumstances are just “fatal” and “sad”. It feels as if they have a difficult life and that all their money and glamour is something distracting them. To see “heroes” in this circumstances are just a picture of a life not perfect, really scary and frightful.

After Danny was fined for drink driving a few months back, also really shocking news, you would hope that his move to Burnley could see him getting back on track, but with this incident it looks as if Danny Drinkwater needs more time.

We thought the days of these type of incidents were gone, and that booze is no longer part of the game, which in real is poison to your body and to use it should not be tolerated at all. Why do football clubs pay millions for footballers and don’t have non-alcohol rules, with insurance companies tolerating that players are using alcohol or other substances without getting heavy fines. Hugo Lloris is another player that is an example of a recent episode in the same category, and of course going back, you have so many stories that it’s impossible to count.

An example of how crazy this all was or maybe is today, were the rules for Norwegian footballers playing in England back in the 90’s. Some of them were banned from skiing, as it was seen as a possible danger to injury, but they were allowed to drink and smoke, which was tolerated in bottles and packages.

You have seen great players, managers and trainers describing their own alcohol problems, and the game is really a mirror of the World in itself. You have all sorts of people. The fact is that alcohol and cigarettes have not stopped talented players to perform and they have taken their lifestyle into the game and been “honored” by fans and owners, because as long as you win, you can get away with everything.

Manchester United are known for nursing through great talent, but talk of alcohol use and heavy drinking and smoking are also part of their history. Sir Alex Ferguson made no excuses and tried to fight this drinking culture, and hopefully this will be seen less and less as it is poison to your body, and can not be favored in any way.

Professional football should not tolerate alcohol, nikotin or other substances. FA, UEFA or FIFA refuses to go in front. Non drinking and Non smoking footballers should step forward and really fight this omen, maybe too afraid and scared or see themselves as nuisance or as frightened to step forward as the gay males in the game.

Manchester United had a smoking culture in their prime, with many of their players, seen smoking both under and after training and in their footballing clothes, even players in the national outfit smoked in public, tragic and sad.

Sad probably not to be able to drink or smoke, but as a footballer you will never get better and healthier with that in your body. Players who smoke and drink should be seen as “black sheep” in the game, and possibly be given a yellow card or just shown the door, insurance should not be given, you need to start somewhere.

The guys from the past, says it was, you know, those old days, we didn’t know, but in all they loved to smoke, some were addicted others taking the occasional one. They didn’t want to quit it all together for the sake of the future and the mirror of the game. But who cares, no one, as long as the ball is rolling and goals are scored.

Harry Redknapp is one of few managers to go out in public and say the obvious, “while you are trying to keep your body in shape and train for improvement and better performances, no reason at all to drink, smoke or taking other substances.”

We hope that Danny Drinkwater will return to his best form and not ruin his career and life as so many other “big names” have done before him, getting more in love with “the bottle” than “the beautiful game”.

Sean Dyche and Danny has had talks, and hopefully the two have found a route and plan to get this back on track and in guidelines with Burnley’s way of conduct, if not Danny Drinkwater will be yet another of those “booze boys” of football.