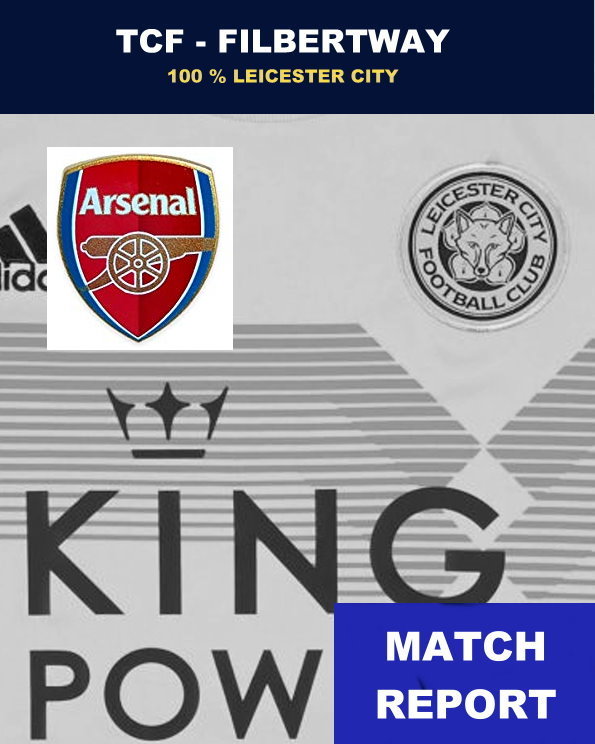 Brendan Rodgers made his team unchanged for the home challenge v. Arsenal, and what a game it became, what a performance, energic, clinical and fabulous. It all started a bit even with Arsenal fielding and offensive line-up, but it would all change in the end.

Leicester got an early free kick with Ben Chilwell curling it in, and clearly Soyuncu is held, but not close to scoring, so VAR decides to just let it go. Clearly one to discuss but it was never to be a penalty.

Leicester are clearly going for it first half as the ball possession is a bit even, with Perez and Tielemans both denied and also Lacazette a threat at times. But it is 0-0 when the half time whistle blows.

2nd half starts with Leicester coming out in blistering tempo and after 48 minutes Wilfred Ndidi finish a great attack with a shot in the bar, clearly he should have scored but it’s a signal for more.

Arsenal is not at all out of the game, they are pushing for a goal and even scores one, but Aubameyang is clearly offside. Bellerin had earlier a shot that went wide and it Kasper Schmeichel was kept busy.

Brendan Rodgers decides to make an early substitution bringing on Demarai Gray after 60 minutes replacing Ayoze Perez and this change makes it even more “speedy” with Gray in blistering form at the moment.

Firstly Gray tries a shot, but he will soon be rewarded with Barnes, Tielemans and Vardy in the end finishing a fantastic attack with a well placed shot just glued in the net behind Leno in the Arsenal goal, fantastic, 1-0 after 68 minutes.

To get the lead is so vital for Leicester since the opponent must be braver and go forward with more players and then with Jamie Vardy in the team you will never get a quiet moment. And as Arsenal went forward to try to get an equalizer, Leicester attacked again.

Jamie Vardy shot is saved by Leno, after being assisted by a lively Demarai Gray that really starts to show quality and this is happening against clever opposition, very nice to see this happening, hopefully we will see more of this during the season.

Dennis Praet came on replacing Harvey Barnes and just minutes after in the 75th, James Maddison gets the 2nd with a phenomenal strike, just another clinical finish from the brilliant midfielder.

Arsenal have a few chances and a very silly attack from Luiz on Vardy should have been a red card, clearly he stamps his foot in Vardy’s foot and should have been sent off, but VAR overlooks the incident again.

But what a fantastic performance, what an energy and how well the player click and they movement and passing is just brilliant to watch. Great credit to Brendan Rodgers who again looks to have found his setup and it reminds TCF of something seen in a season a few years back resulting in something we will not start dreaming about.

The fact that Leicester City now are 2nd in the Premier League and far far above Arsenal and Tottenham struggling as well, makes this look like a season that could end in top four and with Vardy scoring goals in every game, now his 11th in 12 games, you have a special asset up front that will not turn off by Christmas.

To sum it up, here are our short notes